As comforting and motivating as I find words to be, and as much time as I devote to pursuing reading the written word, I’m not much of an inspirational quotes person. I attribute this to a zero attention span combined with near-lethal distractibility. I’ll come across a really amazing quote, something that makes my soul soar, something that speaks to me in that immediate moment, and in the next instant I’ve completely abandoned whatever existential state I was in that made the quote stick out to me in the first place. As quickly as a turn of the page, I’ve moved on to a brand new existential state, one probably sponsored by Shiny Things, Inc. (“Shiny Things! When regular things aren’t shiny enough.”) I’m also likely to misinterpret inspirational quotes because without context I am lost. For instance, take this Émile Zola quote that pops up on the regular on the Inspirational Quotes circuit:

If you ask me what I came into this life to do, I will tell you: I came to live out loud.

Émile Zola was a French novelist who was a key figure in the politics and culture of Napoleon III’s Second Empire. He wrote plays as well as novels. He was friends with and influenced the work of the painter Paul Cézanne. He worked as a journalist to expose anti-Semitism and corruption in the French army, which contributed to the collapse of the government. HE WAS VERY AWESOME AND BUSY OKAY. This quote sums up his philosophy of engaging, enmeshing, and embracing life in a Big Fucking Way. Do you know what he wasn’t referring to when he coined the phrase ‘live out loud’? The tendency of some of us to narrate, in full earshot of anyone unlucky enough to hear it, every aggravating bit of minutiae that happens over the course of any given day. This includes but is not limited to intense one-sided conversations with inanimate objects, gentle suggestions to other drivers on how to sharpen their driving skills, and self-coaching galvanizing speeches.
Émile Zola: By some of us, you mean you
Me: Maybe
Zola: I noticed—
Me: One sec, I gotta tell this refrigerator something

I’m not sure when I gave up on trying to function as a person who doesn’t talk to her general vicinity nonstop, but I know where it all germinated: I talk to books while I am reading them. (I also might say “hello” to my books when I pass by my bookshelves, but that is a facet of crazy I don’t have the strength to explore today.) (It’s because I don’t want them to be lonely.) Most times, when I’m reading, it’s just an occasional restrained murmur, or perhaps a grunt of admiration for a particularly well-constructed sentence. There are a couple of reads, though, that stand out for the passionate verbalization they inspired in me. I could not read these books within earshot of any other people because I was soooo annoying with the not shutting up.

Into The Wild (Jon Krakauer) Mountain climber and journalist Jon Krakauer writes gripping books about things like fundamentalist Mormons (Under The Banner of Heaven), American military heroes (Where Men Win Glory), and Artic exploration (In The Land Of White Death).  I love Jon Krakauer books. I love Jon Krakauer. I keep a backpack packed and ready to go at all times just in case Jon Krakauer shows up and offers to take me away from all this with some spontaneous mountain climbing. Jon Krakauer’s book Into The Wild, the story of how Chris McCandless died in the Alaska backcountry, is a great book that drove me nuts because the main character drove me nuts. There was not a single life decision that Chris McCandless made that I did not judge, loudly, out loud, while I was reading Into The Wild. Y’ALL I WAS NOT NICE AT ALL. Chris’s story was just heartbreak in excruciatingly slow motion and I wanted to reach through the pages and shake some sense into him. My appalling lack of empathy endured for the whole book; I simply could not appreciate Chris’s perspective and that just made me yell more loudly at the book. Yes, I know. I have no soul. This probably means that Jon Krakauer is going to break our mountain climbing date.
Zola: Did you see the movie
Me: No, I was afraid I would yell at it
Zola: We all appreciate your restraint
Me: OMG REFRIGERATOR WHY ARE THESE PICKLES FROZEN

Dear Daughter (Elizabeth Little) Mystery thriller Dear Daughter is the first novel by Elizabeth Little, and attention should be paid because she came out swinging. Protagonist Janie Jenkins is out to solve the murder of her mother, a murder that she was convicted of. When Janie unexpectedly scores a release from prison after serving ten years of her sentence, she immediately goes to work to find the real killer. Janie is an utterly refreshing departure from the fragile-damsel-in-distress that is so typical of crime fiction. She is instead unapologetically snarky, relentlessly bitchy, and hilariously ballsy. Maybe she is more of a damsel-causing-distress? I flat-out love Janie and I want to be her best friend. My default cheer for Janie was “Oh hell YES” with an occasional “Don’t let ‘em give you shit about your ponytail” which is a Tommy Lee Jones line from The Fugitive that I overuse because I really like the way it sounds. I didn’t limit my verbal high-fives to Janie, either–Elizabeth Little got some respectful hollabacks from me, especially for setting the book in South Dakota. That is just cool. When is the last time you read a great crime thriller set in South Dakota?  I REST MY CASE. CAN YOU HEAR ME, ELIZABETH? I CAN TALK LOUDER. I LIKED YOUR BOOK. 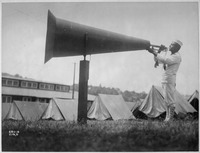 Louder for the chapters in the back

I have to face it: I am not going to outgrow talking out loud to books. I can compromise, though. If I’m really fired up, I promise to keep to myself.
Zola: I said other inspirational stuff too
Me: Like what
Zola: If I cannot overwhelm with my quality, I will overwhelm with my quantity.
Me: DUDE. YOU JUST TOLD ME MY LIFE.

Action Items
This is why I don’t do audio books, because it’s rude to talk over people.

One thought on “The Reason To Keep It Down”