Every day of my fourth grade school year was spent counting the minutes until I didn’t have to be in fourth grade anymore, with one big exception. Every day, right after lunch and right before math, Mrs. Stout would read aloud to the class. The book she read was Robb White’s marvelous nautical adventure story The Lion’s Paw. Set in central Florida and published in 1946, it tells the story of Penny and Nick, orphaned siblings who run away to avoid being separated. They meet Ben, a boy holding onto hope that his soldier father will come home from the war despite being listed as missing in action.  For adventurous reasons, the three intrepid friends decide to sail Ben’s boat across Florida to search for a shell called a Lion’s Paw. It’s a rollicking, riveting book, and Mrs. Stout knew just how to pace the story, creating cliffhangers day after day. (She always saved the most cliff-hangery cliffhangers for Fridays, because evil genius.) 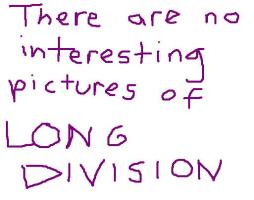 Robb White’s bio is almost too Indiana Jones to be believed. Born to American missionaries in the Philippines in 1909 , he attended the US Naval Academy and flew as a pilot in the Pacific theater during WWII. He was a construction engineer,  prizewinning book author, and screenwriter for movies and television. He sailed all over the Atlantic solo, colonized a tiny island in the Caribbean, and all that world-class swashbuckling badassery is reflected in his writing. His books, targeted at a juvenile audience (he was Young Adulting before Young Adult was invented), were incredibly popular with adolescent baby boomers.

Even now, I can close my eyes and hear Mrs. Stout’s voice, low-pitched, softly accented and melodious. During reading time, I wasn’t sweating long division or times tables or my crappy cursive capital ‘Q’ technique. (Solved: I never start sentences with ‘q’ words and I never write letters in longhand to anyone named Quentin.) During that icky, division-soaked year, listening to Mrs. Stout read The Lion’s Paw, I figured out that reading wasn’t just a subject that I liked, but was something that could make awful days less awful. As time carried me away from my fourth-grade classroom, the details about the book – who wrote it, the title, what the cover looked clike—vacated my brain and I filled in the empty space with useless stuff like Britney Spears lyrics. Robb White’s vivid description of a wild, sparsely populated Florida coast that had long since disappeared became a memory of a time and place I’d never lived, a rural Florida where an unsupervised 9-year-old boy picks a fight with an alligator and wins. A story that would make Spielberg jealous at its perfect, just-in-time arrival of a father thought missing over the Pacific. I thought about it often and I kept up a low-key search for it, describing to librarians and booksellers. Nobody ever recognized it. It was a private little sadness, a tiny melancholy, that I could not own that book.

Fourth grade passed, then fifth grade, then a whole bunch of other grades. After seventeenth grade, I declared myself an official adult and I swore I’d never do long division voluntarily again. I went out into the world and started dating. I don’t want to shock you, but I was as bad at dating as I was at long division. Like, if Mrs. Stout had had the opportunity to grade me on my dating skills, I would have gotten a big F and she probably would have called my parents in for an emergency conference. And I would have been held back a year. I had a three-date shelf life. I had no game at all. I could usually keep a lid on my nerdiness for a couple of dates, but by the third date, all my bottled-up geekiness would spew forth, coating everything in ooze.

Not long after nineteenth grade, I was on another third date. I had known him for a while but we’d only recently been spending time together on official DATE dates. My crush on him was major so I was nervous and a little jumpy, so there was no hope of keeping myself on any kind of a leash. Sure enough, to my horror, I found myself telling the story to this cutecuteCUTE boy about this book I remembered from fourth grade, a book I loved but didn’t know the name of. As my mouth motored on, aiming pure, Grade A booknerd at him, my brain just watched, shaking its head in sympathy. “Bless your heart,” my brain said. “You really can’t help it.”  I finished my story and started mentally prepping for him to look at his watch and tell me he had to get up early in the morning. Instead, he floored me by saying:

“The Lion’s Paw! I love that book. I read it in fourth grade too.”

Spoiler alert: there was a fourth date and a fifth, then some more. We got married too, later, but I’m still dating him. I love that he can’t remember any song lyrics except for every single word of Warren Zevon’s “Werewolves of London”. I love that his favorite question is “Are you going to finish that?” because he is always hungry, courtesy of his hummingbird-on-crack metabolism. I love his crackling energy and his curious mind. He doesn’t hate long division, but I’m willing to overlook that. In twenty-fifth grade, I tracked down a first edition of The Lion’s Paw and gave it to him. I got an A on my report card that year.

2 thoughts on “The Reason I Carried The Two”