I like to pride myself on my stoic, even-keeled approach to life, but that is a giant lying waste of time because I am an emotional emotion who goes around emoting all the time. I wouldn’t know stoic if it bit me on the ass and offered me a Band-Aid. Interestingly enough, though, I am not much of a crier. It’s not that I don’t feel sadness, it’s that I’m shallow and mostly dead inside. I don’t feel a LOT of sadness before I get distracted by jazzier feelings, like sulkiness or enthusiasm or hungry. The result of all this diversion and denial is that a lot of my crying gets done as a result of book ambush. There I’ll be, reading a perfectly innocent book, when I unexpectedly get jumped by the major sads. It can make reading in public a little tricky, but I’m a razor’s edge kind of gal. Sometimes, a catharsis via a good cry is what’s called for, even when it’s terribly inconvenient to fall apart in my dentist’s waiting room.

There are books that have made reputations by the epic sobfests they instigate. Where The Red Fern Grows. The Color Purple. Charlotte’s Web. Whichever Harry Potter book where Snape dies. I didn’t cry while reading any of these. They barely ranked a “Watery Eyes” on my personal Cry-O-Meter, but the titles listed below? My Waterloos. Let’s face them.

Learning about the American Revolution sounds exciting until you realize that a lot of the American Revolution is about meetings. I don’t care if you give your meeting a fancy name like “Continental Congress”. It is still a MEETING and the only thing more boring than going to a meeting is learning dates in the 1770s when other people held meetings. The only exception to this rule is if David McCullough writes a book about the meetings. (Sorry, Lin-Manuel Miranda.) I can go on and on about David McCullough’s books (and one day I will) and his masterpiece John Adams is the American Revolution story we all deserve. This definitive biography of America’s second president is enthralling, with a sexy love story and political intrigue and an honorable, intensely principled central character. I was so absorbed by  David McCullough’s charming and sympathetically rendered portrait of John Adams, and so delighted by the details of Colonial life and times, that I was completely unprepared for John Adams to die. On the 4th of July. And the 50th anniversary of the adoption of the Declaration of Independence. AND ON THE SAME DAY AS HIS BESTIE THOMAS JEFFERSON. Are you kidding me with all this? As I was hard weeping my way through this part of the book, my husband heard me crying and came to check on me.
Husband: Are you ok? What happened??
Me: (sniffles) John…Adams…diiiiieeeeed (fresh weeping)
Husband: John Adams? Federalist John Adams?
Me: (closes eyes, nods)
Husband: (makes disgusted noise and leaves)

Cleopatra: A Life by Stacy Schiff

Stacy Schiff’s superpower is research. More accurately, it is researching the unresearchable. She should have a place in the Marvel Universe for this because it’s at least as difficult as using archery to defeat robot armies. It is this remarkable, non-archery ability that delivered the book Cleopatra: A Life into my hot little hands. When you hear ‘Cleopatra’, what comes to mind? That’s right—Elizabeth Taylor’s questionable style choices and something vague about a snake. For all Cleopatra’s fame, very little was documented about Egypt’s defining monarch, until Stacy Schiff came along to do all the heavy lifting. For gaps where records about Cleopatra do not exist, Stacy Schiff’s meticulous research fills in with fascinating details about Egyptian history, culture, and what it meant to be a member of the royal family in power in Ptolemaic Egypt. Cleopatra was strong ruler dedicated to the welfare of her kingdom, but it was her alliance-turned-love-affair with Mark Antony that gives this biography a powerful emotional thread. Cleopatra and Marc Antony seal their fates when they unwisely take on the Roman Republic. After losing the final, decisive battle against the Roman leader Octavius, Marc Antony commits suicide. The description of Cleopatra recovering her beloved husband’s body and bringing it home to be with her prior to her own suicide is nothing short of heartbreaking. Cleopatra’s devastation and desperation as she prepares to take her life – I cracked while I read this. And it wasn’t pretty weeping, either. It was a big old ugly cry, the kind where your lashes get so wet it feels like your mascara is running right off even though you’re not wearing any mascara. That is the blurb this book needs: “I cried my imaginary shadow mascara right off my face”. 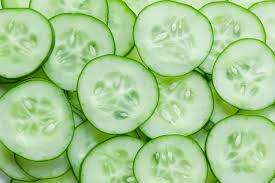 Love Is A Mix Tape: Life And Loss, One Song At A Time by Rob Sheffield

Just typing the title of this book makes a lump well in my throat. Rob Sheffield, a music and culture critic for Rolling Stone, wrote this memoir about meeting, falling in love with, and marrying the perfect girl while a student at the University of Virginia. It is a love story about how complicated dating life can be, about marrying young and loving the intimacy of married life, and about reeling from the sudden, crushing loss of that intimacy. Rob and his wife Renee were married five years before their life together abruptly ended when Renee died from a pulmonary embolism at the age of 32. Rob Sheffield processes his shock and grief by losing himself in the 90s music that brought them together, telling the story of his life before, during, and after Renee. He sugarcoats nothing in this book, laying bare the bewildered anger and aimlessness he felt after his wife’s death, all the sadder for its contrast with the contentment and joy he found in his relationship with Renee. This book took me beyond ugly crying into showoff crying. I went for the sustained, constant quiet sobbing for the entire second half of the book, and because I just could not believe that Renee died. I kept interrupting myself to go read that part again. It’s a beautiful, moving, and brave book.

Action Items
Honorable crying mention goes to the part of Little House On The Prairie when Laura’s dog Jack dies.

2 thoughts on “The Reason You Should Pass The Tissues”