I love unapologetic, in-your-face perfection. I’m not talking about crafted, photoshopped perfection, the kind of shiny perfection intended to seduce you into purchasing a car or mascara or plastic surgery. (True story: I always buy the mascara. Because MASCARA.) I mean irregular, sideways perfection. Take flamingos, for instance. Flamingos are ridiculous. A flamingo’s purpose is to live in smelly marshy places and eat shellfish out of shallow, muddy water. They actually scoop up mud and filter it in their beaks to extract shrimp (and algae – which goes to prove the old saying, “It’s a good day when I can eat shrimp and algae!”). So, not only do these birds have weird taste in sushi, they are sucking the sushi out of wet dirt. Do you know what flamingos should look like? Short sloppy mud vacuums. Instead, they are perfect, pink and sinuous, elegant and gawky as they tower above the shallow water on one leg. There is no reason for flamingos to be this awesome, no good reason to be the color of a tequila sunrise and shaped like a couch pillow with dowels tied to it, but there they are. Taken apart—curvy neck, knobby legs, spring-break-airbrushed-t-shirt pink-the pieces are kind of silly. Together, they are unpredictably, undeniably perfect.

Photoshopped, staged, bland, watered down, crowd-pleasing perfection: it’s fun in its way, but too much of it leaves me longing for something deeper. There’s only so many times I can really believe that people “woke up like this”. No, you didn’t. You probably woke up like me: haggard enough to scare cats and in dire need of enough caffeine to restore the ability to use multisyllabic words. Imperfect perfection is so much more interesting. It’s like only listening to Taylor Swift songs, or being asked to live on a diet of nothing but butter noodles. After a few days of nothing but butter noodles, you’d jump for some eggplant.
Perfection: hey, don’t bring butter noodles into this
Me: sorry
Perfection: they are BUTTER NOODLES and they don’t deserve this shit
Me: I should have used a different example
Perfection: yes you should have, sicko

There aren’t that many perfect books, and there are even fewer perfect books that stand as an author’s first and only book, and even fewer that are a first novel that win a Pulitzer Prize. Whatever that formula is, Harper Lee figured it out when she published her one perfect book. Just one tiny, NBD, seismic, atom bomb of a book. To Kill A Mockingbird is rare, a quintessentially American novel about growing up in the Jim Crow South. This book is loaded with iconic literary BFFs and everybody has a favorite: Scout, Jem, Calpurnia, Atticus,  Boo Radley. (Back up off Boo. He is MINE.) Scout’s relationship with her father is so well-written and so realized that as readers, we effortlessly project ourselves into the story because we see ourselves there. By all appearances, To Kill A Mockingbird woke up like this.
Perfection: So you’re saying TKAM is like butter noodles
Me: um NO
Perfection: Pretty sure that’s what you said

To Kill A Mockingbird was published in 1960 and immediately made Harper Lee famous. Foregoing a splashy public life, she lived privately in her Alabama hometown and died in February 2016. It was nothing less than a bombshell when it was announced in 2015 that she was publishing a second book, a companion to To Kill A Mockingbird. Mildly put, Go Set A Watchman was (and is) controversial. Written in 1957, it tells the story of an adult Scout Finch, returning to Maycomb to visit her father. Harper Lee had submitted the book for publication, but it was rejected and the manuscript had been considered lost. Go Set A Watchman was a hot topic. Did Harper Lee truly consent to publish, or was she a victim of elder abuse? Would the book alter the essence of Atticus Finch? People couldn’t wait to read it. People were boycotting reading it. People bought the book, then returned it in protest. I hesitated to read it because I didn’t want to spoil my perfect memory of my perfect experience reading To Kill A Mockingbird, but ultimately my curiosity got the better of me. I ordered a copy and silently asked Harper Lee to forgive me. 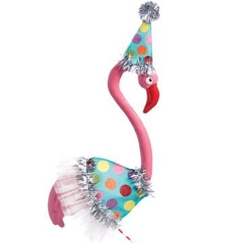 Which came first, the Mockingbird or the Watchman? I didn’t know what to expect when reading Go Set A Watchman, but I was not expecting it to be so genuinely weird. It was like walking into a room full of people I’d known for years only to find that everyone has switched voices. The words and the sounds are familiar, but they’re coming from a brand new face. It was disconcerting. That familiarity makes it tempting to compare the two books, but Go Set A Watchman, for me, isn’t a book so much as it is an unusual look into the work it takes in order to produce something as perfect as To Kill A Mockingbird. You can’t hide genius, and Harper Lee’s gentle, humorous, devastatingly insightful voice still shines through in Watchman-unevenly, but it shines. The quicksilver flashes evident in Watchman become the lightning in the bottle that is Mockingbird.
Perfection: Same with butter noodles
Me: Not sure where you’re going here
Perfection: You have to boil the water first
Me: Do you eat anything else?
Perfection: Sometimes plain spaghetti

To Kill A Mockingbird was a book I’d taken for granted, a book so good and so ubiquitous that it was easy to assume that it just woke up like that. I mean, by the time Demi Moore is naming her kids after the characters in a book, it seems like that book has perhaps reached blandly perfect maximum cultural saturation. Go Set A Watchman reminds me that To Kill a Mockingbird didn’t just happen. Harper Lee had to figure it all out, had to put all the pieces together, take them apart, and put them back together again and again. Like a flamingo standing in murky water, To Kill A Mockingbird is startling, more beautiful that it needs to be, and crookedly, deliciously perfect.

Action Items
Celeste Barber is a perfect flamingo on Instagram. Go check her out @celestebarber.

4 thoughts on “The Reason It’s A Little Sloppy”